25 Groups Call on Obama
Not to Block Food, Medicine to Iran

The Campaign for Peace and Democracy opposes the U.S. sanctions program and war threats against Iran, as well as repression inside Iran, and joins 24 other groups in a letter calling for the Obama administration to ensure that sanctions don't block food and medicine to Iranians. The Friends Committee on National Legislation organized this initiative.

FCNL led a broad coalition of 25 national organizations calling on President Barack Obama to take action to ensure that Iranian civilians are not blocked from accessing food, medicine, and other humanitarian goods under existing U.S. sanctions. 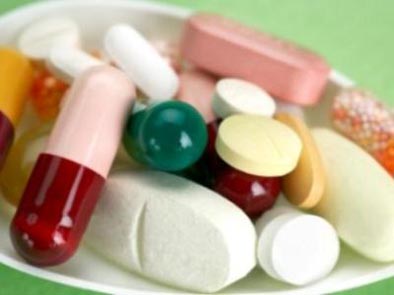 According to recent reports, a growing number of Iranians are facing difficulties accessing food and medicine, in part due to sanctions imposed by the United States. The Iranian government's mismanagement and lack of economic transparency has also worsened the situations for Iranian patients, but there are still simple actions that the U.S. government can take to ensure that Iranians are not blocked from accessing food and medicine due to the U.S. sanctions regime.

SUBJECT: Open Channel for Food and Medicine to Iran

We write to express our deep concern for Iranian civilians who have not been able to access life-saving medicines and humanitarian goods inside of Iran, which has been caused in part by U.S. sanctions against Iran. We urge your Administration to take all necessary steps to ensure that licensed humanitarian goods are not prevented from reaching the people of Iran as a result of U.S. sanctions imposed on the Iranian banking sector.

Thomas Pickering, former U.S. ambassador to the United Nations and Undersecretary of State for Political Affairs, expertly summarized the crux of this problem posed by U.S. sanctions. Referring to U.S. sanctions on the banking sector that block purchases of humanitarian goods, he explained on October 1, 2012: "we issue licenses for sales of food and medicine to Iran, but it is not legal for them to pay for it." Various recent reports have illustrated the grave impact that the shortages of life-saving medicines and humanitarian goods inside Iran have had on ordinary civilians:

In an October 2012 report on the human rights situation in Iran, U.N. Secretary General Ban Ki Moon spelled out how sanctions block Iranians from accessing food and medicine, noting that "Even companies that have obtained the requisite license to import food and medicine are facing difficulties in finding third-country banks to process the transactions. Owing to payment problems, several medical companies have stopped exporting medicines to the Islamic Republic of Iran, leading to a reported shortage of drugs used in the treatment of various illnesses, including cancer, heart and respiratory conditions, thalassemia and multiple sclerosis."

On November 23, 2012, the BBC reported: "Hospitals, clinics and pharmacies in Iran are running out of medicine as the government cuts health funding because of international sanctions, putting the lives of thousands of people at risk."

Recent reports by The Financial Times, Al Monitor and the International Civil Society Action Network, indicate that a growing number of Iranians do not have access to life-saving medicines. As this legislative record makes clear, Congress has established some protections to help humanitarian goods reach the people living under sanctioned regimes. Under the Trade Sanctions Reform and Export Enhancement Act of 2000 (TSRA) the export of licensed medicines, medical devices, agricultural commodities, and food are exempt from sanctions. Congress has explicitly reaffirmed this policy in four acts authorizing sanctions on Iran which you have signed into law, including the Comprehensive Iran Sanctions, Accountability, and Divestment Act of 2010; the 2012 National Defense Authorization Act, the Iran Threat Reduction and Syria Human Rights Act of 2012, and the 2013 National Defense Authorization Act.

While congressional sanctions distinguish between sanctionable activities and exempt humanitarian transactions, executive order sanction 13382 affects all of Iran's largest banks and does not specify an exception for humanitarian transactions. In addition, the humanitarian licenses issued by the U.S. Treasury Department's Office of Foreign Assets Control (OFAC) expressly prohibit not only the direct involvement of these banks, but also their indirect involvement. We appreciate your Administration issuing new regulations on October 22, 2012 that allow U.S. companies to sell certain medicines and medical supplies to Iran without first seeking a license from the Office of Foreign Assets Control. However, as the New York Times recently reported, "the exporters [of medicines] still face troubles getting paid" and a result, "virtually no American or European bank wants to be involved in financial transactions with Iran." To ensure that Iranian civilians are not barred from accessing food and medicine, humanitarian transactions must be exempted from banking sanctions.

The current impasse with Iran over its nuclear program should not prohibit the export of life-saving medicines which millions of Iranian civilians depend on. We urge your Administration to take all appropriate steps to ensure authorized humanitarian transactions regarding Iran are not obstructed by U.S. sanctions. As a first step, we hope that your Administration would provide a clear statement that it is not the policy of the United States to in any manner prohibit permissible humanitarian transactions.