We just received this witty, important email from CODEPINK. Please read, join the CODEPINK discussion, and sign the petition. 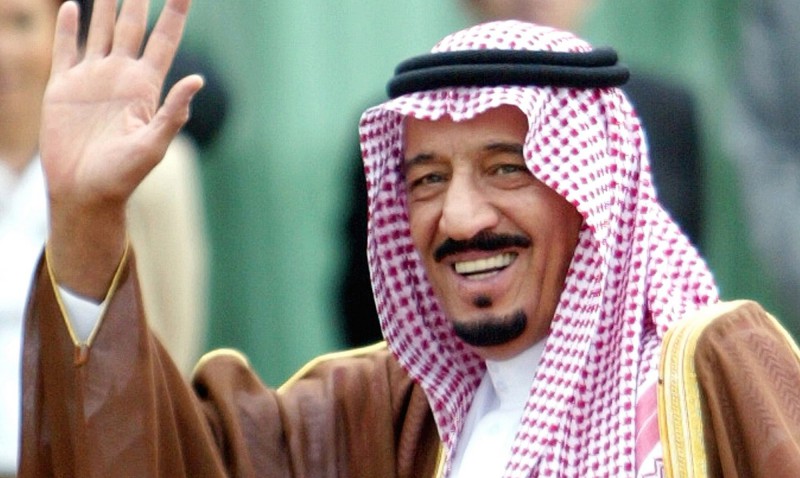 Tonight, FRONTLINE will be premiering their new documentary on Saudi Arabia, Saudi Arabia Uncovered. This television program is libelous trash and you should not watch it! The filmmakers spend all their time interviewing troublemakers and ne’er-do-wells and ignore the truth told by me and my infallible royal family. Who are you going to believe, some crazed protester or I, King Salman of the House of Saud?

I forbid you to watch the program tonight on your local PBS affiliate, or to join CODEPINK’s discussion of the documentary on Facebook!

Why would you spend your night watching fake undercover footage filmed by a network of activist ingrates when you could be watching the Real Housewives of Beverly Hills filmed in beautiful Dubai? I hear that Kyle and Lisa really get into it on this one!

Won’t that be more enjoyable than some shameless hit piece on our Committees for the Promotion of Virtue and the Prevention of Vice that baselessly claims we teach our children to hate Christians, Jews and Shia Muslims--just because that’s what it says in our textbooks? Listen to my cousin and Saudi Ambassador to the United States Prince Abdullah al-Saud; as he made clear in his recent Wall Street Journal op-ed, we have everything under control. We know what’s best for Yemen and what’s best for peaceful juvenile protesters (imprisonment and execution!), so trust us.

Under no circumstances should you join CODEPINK in watching this worthless documentary then be a part of their discussion about it.

(If you don’t like the Housewives, there’s also a new episode of your Duggars on� such a large family, just like mine!)

Heed my words or face the lash,
King Salman of Saudi Arabia

P.S. I’m looking forward to my friend President Obama visiting the Kingdom in April, but I’m supremely annoyed that the subversive pinkos at CODEPINK want you to sign this petition calling on Obama to meet with political dissidents while he is in my country!

Also, if you haven't already signed, please add your name to
the Campaign for Peace and Democracy's statement
"END ALL U.S. SUPPORT
FOR THE GOVERNMENT OF SAUDI ARABIA"
which you can read on line at https://cpdweb.org/stmts/1026/stmt.shtml

Please go here to add your name. If you have any difficulty signing on, write us at cpd@igc.org