End All U.S. Support for the Government of Saudi Arabia 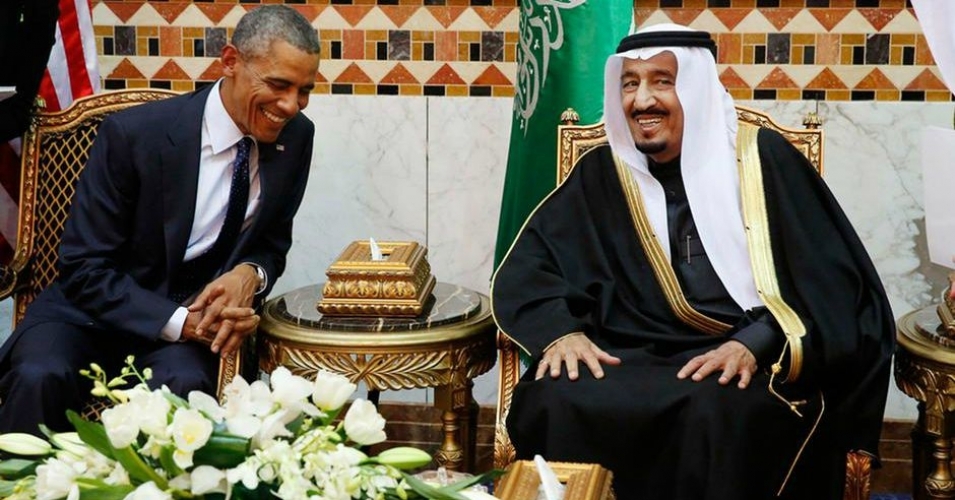 Statement by the Campaign for Peace and Democracy
January 15, 2016

End All U.S. Support for the Government of Saudi Arabia

We call on the Obama administration to end the U.S. alliance with Saudi Arabia and to stop providing the Saudi regime with military and diplomatic support. The execution in January of Sheikh Nimr al–Nimr, an opponent of both Sunni and Shiite sectarianism and an advocate of a non-violent strategy, is only the most recent example of the barbarity of the Saudi dictatorship; the government carried out at least 157 executions in 2015, many of them by grisly beheadings.1 Saudi Arabia's outrageous oppression of women is well known and, as Amnesty International has documented, the regime systematically represses dissent with flogging and other forms of torture, equates criticism of the government and other peaceful activities with terrorism, and continues to discriminate against the country's Shia minority. Washington has issued only pro–forma expressions of "concern" about these human rights violations, while in practice maintaining solid support for the Saudi regime.

The Saudi Kingdom has long played a reactionary role across the Middle East with such actions as supporting Egyptian dictator Hosni Mubarak to the bitter end and then supporting the repressive Sisi regime that came to power in a coup. When the Arab Spring spread to Bahrain, the Saudi government sent troops into that country to buttress the brutal repression of protesters. In Yemen, the Saudis are engaging in indiscriminate bombings resulting in the death of thousands of innocent civilians. Notwithstanding Saudi Arabia's reactionary domestic and regional policies, the Obama administration has approved new arms sales agreements with the regime, amounting to $50 billion, while American companies train thousands of Saudi military personnel. And Washington supports Saudi Arabia's deadly war in Yemen, supplying bombs (including deadly cluster bombs), refueling, and logistical assistance.

Washington justifies its alliance with the Saudis and other dictators in the name of defeating ISIS and preserving regional "stability." But the effect of U.S. policy is the opposite. Authoritarian regimes, both secular and sectarian, that have been consistently or intermittently supported by Washington — like those in Saudi Arabia, Egypt, Bahrain, Libya, Syria, Iran under the Shah, and Iraq both before and after the overthrow of Saddam Hussein — have fueled the rise of Al-Qaeda, the Islamic State, and other murderous theocratic movements. The only way such groups can be decisively and sustainably defeated is by the victory of grassroots movements for democracy and social justice across the region — from Saudi Arabia and Egypt to Iran, Syria and beyond.

The United States and other Western powers bear responsibility for enabling the Islamic State and Al-Qaeda not only because of their support for repressive regimes, but also because of their disastrous military interventions. In addition, the West has pressured countries throughout the Middle East to adopt harsh neoliberal policies that have cut social programs and reduced the already miserable living standards of ordinary people. When most of the mass movements of the Arab Spring for democracy and basic economic rights were crushed, jihadism gained in appeal. Moreover, Israel's denial of the basic rights of the Palestinian people — a policy that receives massive support from Washington — has produced legitimate anger across the region, anger that has often been hijacked by authoritarian fundamentalists in the absence of a progressive solution.

To be sure, the United States and the other Western countries are not solely responsible for the rise of groups like ISIS and Al-Qaeda. Other regional powers like Turkey, Saudi Arabia and Iran share responsibility, and Russia, by backing Assad's brutal dictatorship, has made its own catastrophic contribution. However, a new democratic, peaceful and just U.S. foreign policy could start to reverse the horrific downward spiral of politics in the Middle East. An important element of such a policy would be for the United States to end all forms of support for the Saudi government. At the same time, we offer our solidarity and support to the brave Saudi women and men — many of them behind bars — who are working for democratic change, as we offer support to all movements in the Middle East that struggle for democracy and challenge inequality and repression. They are our hope.

1. Although many of the 47 prisoners executed by Saudi Arabian authorities on Jan. 2, 2016 were beheaded, at this writing the Saudi government has given no information as to how al-Nimr was put to death or released his body to his family. The text of the Campaign for Peace and Democracy statement, which had originally stated that al-Nimr was beheaded, has been changed to reflect the lack of clarity on this issue.